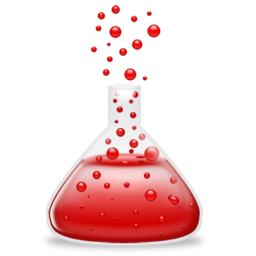 Formal Equivalence Checking is a method to find the functional equivalence of one design by comparing with the golden design. These are the areas where equivalence checking is commonly used.

Major EDA providers in this area are Cadence (Conformal LEC) and Synopsys (Formality).

Formal Property Checking
Formal property checking is a method to prove the correctness of design or show root cause of an error by rigorous mathematical procedures. It does not require test benches or stimuli and turnaround time is very less.

Property checking can be carried out by using either using property languages (eg: ITL Interval Language) or Assertion languages (SVA,PSL). SVA is the assertions subset of the System Verilog language. Assertions or properties are primarily used to validate the behaviour of a design and can be checked statically by property checker tool and proves whether or not a design meets its specifications.

Formal Verification compared with Simulation
Even if modern test-bench concepts allow for flexible and efficient modeling and sophisticated coverage analysis, Functional verification by simulation is still incomplete, causes high efforts in test-bench design and consumes a deal in simulator run-time.

Formal methods overcome the insufficiencies of simulation in reliability by proving a design’s behavior and its correct functionality instead of observing selected traces and hunting bugs. They are static and give you 100% coverage. In addition, experience has shown that formal techniques
not only improve verification quality, but also can reduce the verification effort and time and also a quick and thorough module verification

There are ways to cope with such issues. But, it makes verification cumbersome and leads
to loss of efficiency. And, lowering the level of abstraction too much always holds the risk
of rewriting RTL by properties.

For formal property checking, the behaviours that leads to a certain sequential depth being
too large to fit into a single proof window.

Algorithms incorporate sources of complexity issues, e.g. multiplications. Moreover, an
algorithm will not be verifiable without breaking it down to single operational parts.

Conclusion
Formal property checking can be used starting from the RTL development Stage and then to IP verification and finally to SoC integration. It is quite easy for the designers to use it while developing RTL, as it does not require any other testbench environment. The same assertions can be used in the later stage for verification engineers as well. For IP verification, this can used to find corner case bugs which cannot be caught in simulation. In SoC level this is used mainly for connectivity verification and pad multiplexing etc.

Major EDA players in this area are OneSpin Solutions (OneSpin), Cadence (Incisive Formal Verifier) and Jasper. The formal technology is extensively used in the industry now and experience from different projects shown that, this helps you to get bug free silicon.

8 comments on “Formal Verification – An Overview”