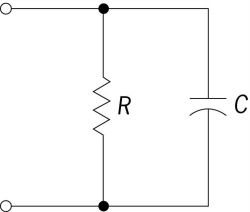 Standard Parasitic Exchange Format(SPEF) is an IEEE format for specifying chip parasitics. The specification for SPEF is a part of standard 1481-1999 IEEE Standard for Integrated Circuit (IC) Delay and Power Calculation System . Latest version of SPEF is part of 1481-2009 IEEE Standard for Integrated Circuit (IC) Open Library Architecture (OLA) . The SPEF provides a standard medium to pass parasitic information between EDA tools during any stage in the design process.

Name map definition
Name map section starts with the Keyword “*NAME_MAP”. This is an optional section, and is used to reduce the filesize by mapping the long names into shorter numbers preceeded by an asterisk. (*).
e.g.

Subsequently in the parasitic definition sections, o_vcm0_s[0] will be referred by *1 and so on.

External definitions (*PORTS)
We are interested in the ports as defined by the SPEF. Search for *PORTS in the spef file.

When read together with the name map section, this means o_vcm0_s[0] & o_vcm0_b[2] are output ports, whereas i_comp_etot & i_comp_lat_ehpf are an input ports of the design as specified by the *DESIGN construct.

A typical example is