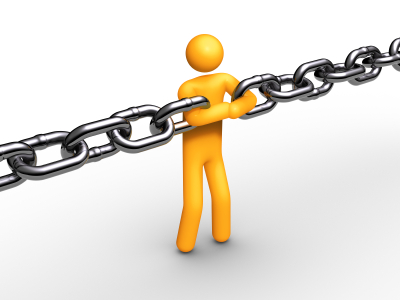 set_timing_derate
set_timing_derate is a command that lets you constraint the timing. Forget the process variation and OCV for now and let’s uncomplicate and first see how the command works.

Timing derate numbers are ratios used to derate(increase/decrease) the delay numbers you get in your timing reports.
derated_delay = delay + ((derate_factor - 1.0)*ABS(delay))

Let’s jump to some examples of set_timing_derate command.

Here I am setting a derate of +5% on longest paths and a derate of -5% on the shortest path.

Look at the two setup timing reports below.

You can see the “User Derate” column has a value of 1, which is the default derate value. The timing delays are calculated as per the func_max analysis view as can be seen by the header. In this case, it means the functional SDC constrainst and max corner libraries are used.

Here the clock paths for both launch and capture are given a derate factor of 0.95 and only the data path has a derate of 1.1.

The command may differ slightly across tools, but most of the options and behaviour are the same.

Why use derate factors?

Now that we have seen how the command behaves in STA environment, let’s get to the whys. Why do we specify timing_derate? It has to do with OCV or on chip variation. Components between chips or within a single chip can have different characteristic due to manufacturing process variation. For e.g. an AND gate located in two different locations in the same chip may exhibit different delay characteristics, even though they have the same cell layout while designing. A number of process stages, like litho and etching can be dependent on environment and can cause difference in channel size, interconnect thickness and dielectric thickness. This in turn creates small changes in delay characteristic. I will talk more about OCV in another post. For now, let us accept that the manufactured chip may not always exhibit the characteristic of one corner. Some cells may give you a delay number that falls within the worse range, while others may give a delay number that falls within the fast characterized range.

Most of the STA tools let you choose onchipvariation as a mode for analysis. Here you specify more than one operating condition. i.e. read in at least two sets of .libs characterized at different corners.

In this case, your STA tool will pick delays from one corner for some paths, and the other corner for the rest. (Longest paths again will have max corner delays, and shortest paths min corner delays.)

Note that you do not need to specify set_timing_derate command to do an OCV analysis.

set_timing_derate lets you model OCV explicitly. For example, even if you have only one corner, you a are now able to take into account some timing difference between two paths by specifying different derates for early and late paths. You can also specify derates when you are using multiple libraries. The results are in turn more pessimistic, as the STA tool will have taken two different corners to calculate the Slack, AND then do a derated report. You can also specify timing_derates when your analysis mode is best_case/worst_case. In all reports, the effect of the command stays simple. Your delay numbers in the timing report are multiplied by the derate factors to give you a different Slack. How you apply it in your design is what makes your STA flow more robust, targeting specific paths and cells.