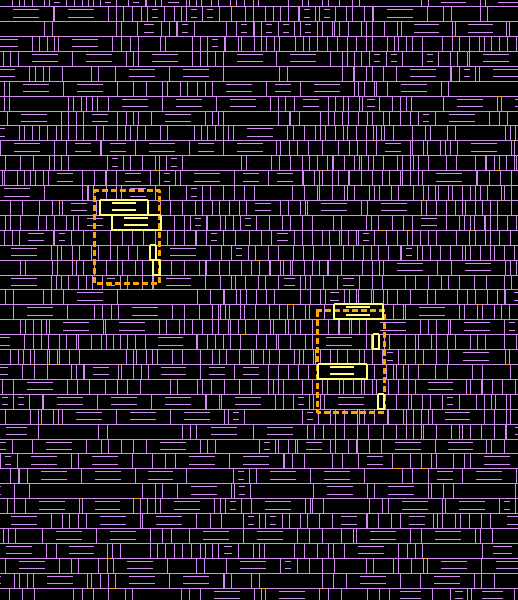 I have been writing an article on ECO flows.Of course I cannot talk about freeze_silicon ECOs without talking about spare cells.When I was a wee intern sitting through PnR training, spare cells confused me. I thought I had to insert the spares and use them in the same session! So here’s a small note about spare cells.

Spare cells are just that.They are extra cells placed in your layout in anticipation of a future ECO.When I say future, I mean after you taped out and got your silicon back.After silicon tests complete, it might become necessary to have some changes to the design.There might be a bug, or a very easy feature that will make the chip more valuable.This is where you try to use the existing “spare” cells in your design to incorporate the design change.For example, if you need a logic change that requires addition of an AND cell, you can use an existing spare AND to make this change. This way, you are ensuring that the base layer masks need no regeneration. The metal connections have changed, and hence only metal masks are regenerated for the next fabrication.

Spare cells need to added while the initial implementation. There are two ways to do this.

You need to give some thought as to where to place your spare cells in layout.They are not timing critical, and if you do not give any constraints, PnR tool will place them all together.However, you do not know which area of the layout will eventually require a connection to the spares.You can have two placement approaches. If the spare cells are included in the netlist, you need to set an attribute spare_cell so that the PnR tool does no optimize these. If you do not set them as spare_cell or set a dont_touch, you will find that after placement all spare cells are gone.

Given below is an example of spare cell placement as grouped instances. Here it is assumed that the spare cells are instantiated in the netlist as spare_i_1 & spare_i_2.

And here’s an example of inserting & placing spare cells using ICC. You can group the cells by giving cell names, which I haven’t done below. It is sprinkled individually instead.

Note that I have used a command set physopt_tie_spare_cells true in the examples above. This ensures that the inputs are tied to TIE cells in the subsequent placement stage, instead of connecting directly to the power or ground lines. If you want to control the number of pins connected to a TIE cell, use the command set_max_fanout 1 libname/TIE* before running the above commands.