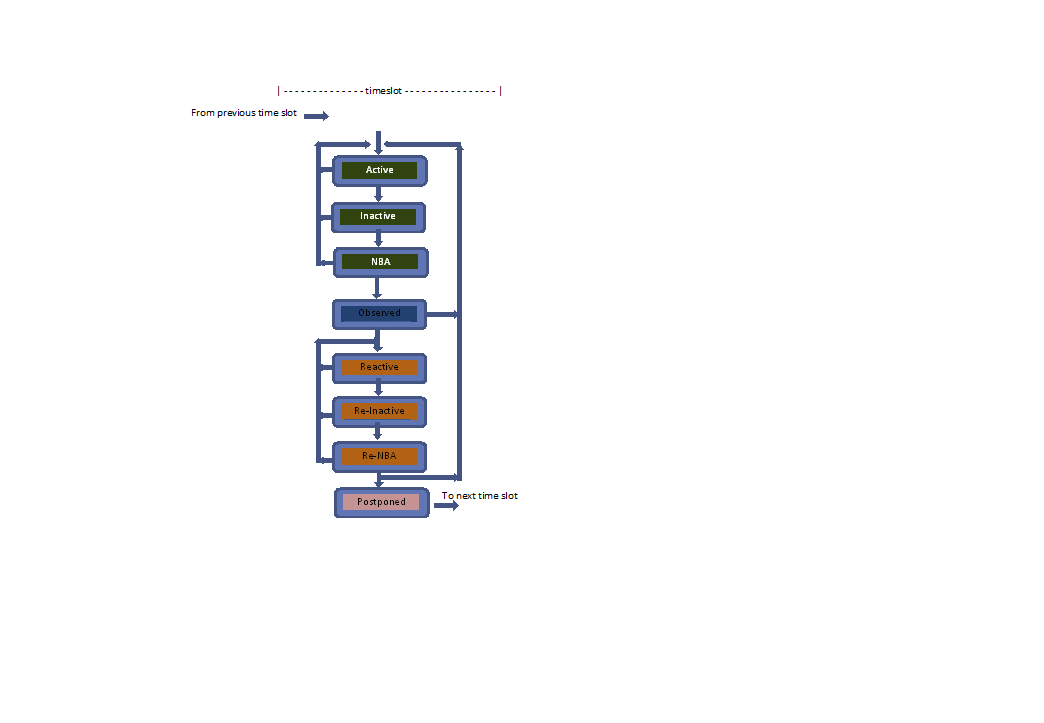 While simulating System Verilog design and its test-bench including assertions, events has to be dynamically scheduled, executed, and removed as the simulator advances time. To have this feature, simulator has to maintain a data structure and usually would be a time ordered linked list. That means, at any point of time during simulation, event has one execution time which is current time or future time.

There are groups of event regions that are used to help define the scheduling of System Verilog activity. Simulator executes and removes all events in the current simulation time slot before moving to next time slot. In an even based simulator, a time slot is divided into a set of ordered regions to provide predictable interactions between the design and test-bench code.

The Inactive region holds the events to be evaluated after all the Active events are processed.

#0 delay statements are executed in this region.
out = #0 in

An explicit #0 delay control requires the process to be suspended and an event to be scheduled into the Inactive region of the current time slot so that the process can be resumed in the next Inactive to Active iteration.

RHS of non-blocking assignment are occurred in active region and update of LHS will happen in NBA region.

The NBA region holds the events to be evaluated after all the Inactive events are processed. If events are being executed in the active region set, a non-blocking assignment creates an event in the NBA region scheduled for the current or a later simulation time.

#0 delay statements related to program block are scheduled in this region.The Re-Inactive region holds the events to be evaluated after all the Reactive events are processed.

The Re-NBA region holds the events to be evaluated after all the Re-Inactive events are processed.

Update of LHS will happen in this region for the statements its RHS of non-blocking assignment occurred in re-active region.The Re-NBA region is the reactive region set dual of the NBA region.

Write values to any net or variable or scheduling an event in any previous region within the current time slot are illegal in this region. $monitor, $strobe, and other similar events are scheduled here.