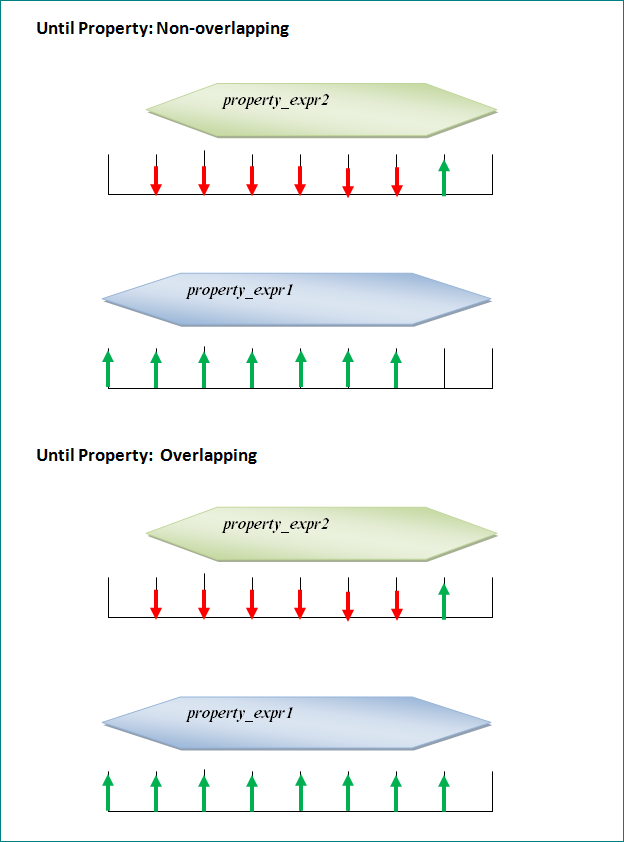 A property is called “until property” if it uses one of the below until operators.

In both cases, property_expr1 evaluation starts from the first clock tick of the evaluation attempt.